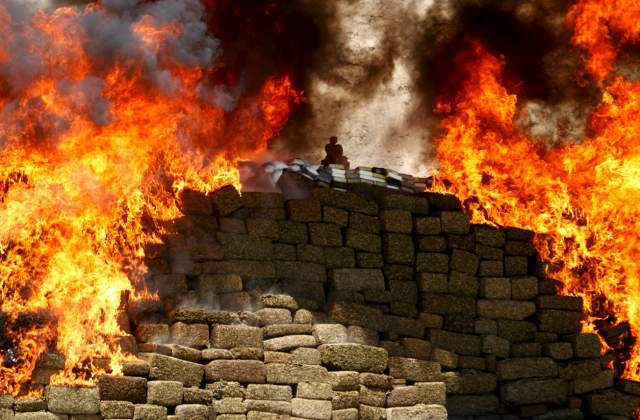 The terrible killing in Mexico, driven by organized crime, high-profile killing targeting women and children in Mexico has led to 34,582 murder cases including the brutal killing by drug cartels in 2019. The significant rise in the number of death cases has resuscitated the attention of the government and concerned bodies on the threats to the security of the country. In order to put a stop to this menace, the U.S. and Mexico need to work hand-in-hand against organized crime with significant emphasis on fighting illicit financial transactions, in order to prevent further financing of terrorism. The State Department has stated that billions of dollars are laundered through the Mexican financial system every year and are spent on drug trafficking, and high-powered weapons, bribe government officials and strengthen criminal activities, thereby causing a threat to the nation’s security system.
The Government of Mexico has not been efficient enough in its fight against organized crime. For instance, the national guard created in 2019 to fight organized crime became inadequate 6 months after its launch, and the U.S officials have expressed concerns over the AMLO’s security strategy. Besides, cases of money laundering are not successfully prosecuted as a result of institutional weakness, corruption, and deficiencies in the country’s regulatory system. In a country where money laundering is extremely rampant, the latest data on convictions was in 2017 where only 22 convictions on money laundering were recorded. The Financial Task Force noted that inadequate resources has made investigators less productive in their investigations.

Although Mexico made progress in 2018 in its fight against money laundering, however, much focus was on political and business corruptions rather than cartel’s activities. To succeed in the fight against organized crime, the Mexican government needs the support of the U.S to crackdown illicit financial networks in both Mexico and the United States. This majorly includes retracing the U.S regulatory system vulnerabilities on Shell companies, supporting the AMLO’s investment in a campaign against cartel finances. This kind of collaboration is highly needed to restore peace in Mexico.