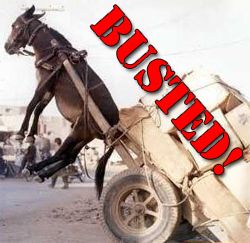 Often those who get involved are innocently lured into the practice without realising they are being duped by criminals to pay money into their personal accounts and transfer it on, allowing illegal gains to disappear into the system.

Sometimes those involved know exactly what is happening but there are concerns fraudsters are persuading innocent people to do personal favours or are offering what appears to be a genuine job to people in return for a small fee but, in fact, they are laundering cash.

In a recent development, the UK’s fraud prevention service said companies are also being used, with crooks hijacking an established name to dupe victims into illegally moving money under the pretext they will be working for the well-known company.

Sending emails and other information claiming to be from an established firm with a good name encourages the victim to believe they are being paid to do a genuine role.

Often those carrying out the frauds only realise what has been going on when they are contacted by their bank. By this time the fraudster has disappeared and the victim is left to shoulder the blame and persuade the authorities he or she had no idea what was going on.
Detailed news link: here