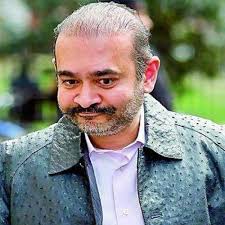 The Punjab National Bank PNB mega scam once again pointed to the rapid growth of frauds in the banking sector. The fraud which took place 2 years ago has brought the bank to a loss which it is yet to recover from. After Nirav Modi’s asset was auctioned for 53.45 crores earlier this month, attention has been on knowing if the PNB will be able to recover from the money lent to the accused. Sources have said that one of the purposes of selling assets of individuals for crime is to help the public bank recover their losses. This, therefore, gives the PNB the chance to act under the provisions in the Prevention of Money Laundering Act PMLA which allows restitution of assets, said, a source from the Enforcement Directorate.

According to the PMLA Act, ”where a property stands confiscated to the central government, the special court may direct the central government to restore such confiscated property or part thereof of a claimant with a legitimate interest in the property, who may have suffered a quantifiable loss as a result of the offence of money laundering.” Sources, therefore, noted that PNB and other concerned financial institutions can go to special courts for restitution for the recovery of their money. Assets owned by Modi that were auctioned included 55 paintings and a total of Rs 55 crores was made from the sales.