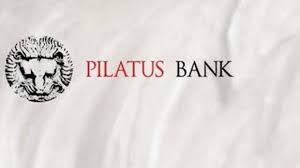 After 6 months of investigation into Pilatus Bank suspected money-laundering activities which started in August 2018, the former US financial regulator has concluded that Pilatus Bank was a “money transfer operation”, far from providing the regular bank investment and retail services. In a report handed to the government this month by the regulator, there were little concerns regarding the money-laundering allegations for which the bank’s license was seized, instead, some accounts were “a cause of concern”, said the bank’s administrator Lawrence Connell.

At the start of this month, the former chairman of the bank, Ali Sadr was convicted by a US court for various fraud and breaching sanctions against Iran which places him at risk of about 85 years in jail. When investigated, Connell stated that the bank’s total asset was €126.9 million and total equity of €10.8 million. There were only 6 loan clients and 6 other clients under financial assistance for residency schemes and application to purchase a Maltese passport. However, out of the 6 loan-clients, there was a client who dominated the portfolio with a loan of $73 million and was described by the administrator as “the client borrowing his own money” because the money had been collected from the client’s saving. Besides, three of the 5 remaining loans were connected to a single person.

Concerning the accounts that were a concern, it was impossible to identify the owners of the accounts and the amounts associated with each except for the information that the first to be scrutinized were accounts with balances of more than €100,000. And from the end of 2016, Pilatus Bank has refrained from publicly displaying its audited accounts.