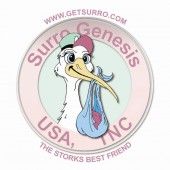 United States Attorney Benjamin B. Wagner announced that Tonya Ann Collins, 36, formerly of Modesto, was arrested today by the FBI at her current home in Antelope. A federal grand jury returned an indictment on April 19, 2012 charging her with seven counts of wire fraud, four counts of mail fraud, nine counts of bank fraud, and 10 counts of money laundering in connection with a scheme to defraud. Collins carried out the scheme through her agency, Surrogenesis USA Inc. and a related company, Michael Charles Independent Financial Holding Group.

The indictment alleges that, from approximately November 2006 through March 2009, Collins, as owner of Surrogenesis and the Michael Charles company, carried out a scheme to defraud prospective parents, surrogates, and financial institutions. Surrogenesis was a surrogate and egg donation agency that marketed itself as assisting individuals in having children through third-party assisted reproduction. Michael Charles Independent Financial purported to be an independent personal property escrow company that would hold clients’ funds in trust and pay out those funds upon the clients’ authorization for legitimate expenses associated with the surrogacy process. Such expenses included authorized surrogacy fees and medical fees and costs associated with the surrogacy process. Collins allegedly steered Surrogenesis clients to Michael Charles Independent Financial but concealed her ownership and operation of the escrow company, including by creating fictitious employee identities to make it appear that Michael Charles was an independent company with its own staff. The Michael Charles company in certain cases also acted as the trustee for clients of other surrogacy agencies.