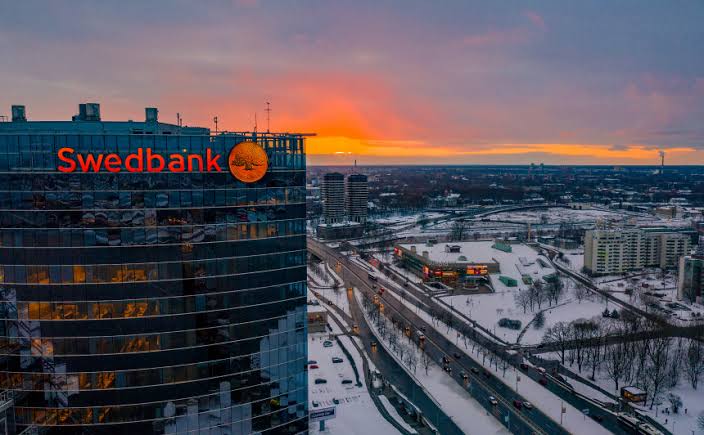 Reports have emerged through Clifford Chance that high-risk customers being offboarded by another bank in Estonia have now become targets for Swedbank Estonia and Swedbank Latvia. This report confirmed the Swedbank’s failure in its anti-money laundering work as the bank has not measured up to the requirements that customers, owners and society are entitled to set. The report revealed that transactions representing a high risk for money laundering were made between 2014 and 2019 in the form of payments to customer accounts worth EUR 17.8 billion and payments from customer accounts worth EUR 18.9 billion in the Baltic subsidiaries. Swedbank Latvia payments received approximately €4.8 billion that into its customers’ accounts, and a total of approximately €4.5 billion that were sent by these customers from their accounts between March 2014 and March 2019. The report also notes that during the time regulators started to clamp down on the banks, these high-risk customers started to disappear. At Swedbank Latvia, there was a decrease in incoming payments of all customers from 6.8% in 2015 to 0.9% in the first quarter of 2019. There are also some interesting forensic details about the methods used by these high-risk customers – including the operation of accounts in Swedbank Latvia apparently from occupied Crimea and Iran.

522 outgoing Subject transactions, totaling approximately $4.43 million were initiated by Swedbank through online banking platform, 507 of such outgoing Subject Transactions between 30 December 2014 and 30 December 2016, amounting to approximately $4.26 million involved three shipping customers domiciled in offshore jurisdictions that had accounts at Swedbank Latvia but whose owner appeared to operate these companies from Crimea. The remaining 15 outgoing Subject Transactions from accounts at Swedbank Latvia appeared to involve non-sanctioned customers who were temporarily located in Crimea or Iran or payments by non-sanctioned customers to counterparties in Crimea. However, none of these Subject Transactions involved any OFAC-listed [sanctioned] persons, and nearly all of them, by volume and value, occurred before 2017, the report notes.

Clifford Chance stated that despite the 360 million euros slammed against Swedbank by the financial authorities in Estonia. the bank’s senior management still goofed in establishing clear lines of AML-related responsibilities and that Swedbank’s CEO’s throughout the review period all had a lack of adequate appreciation for the risk posed by the high-risk non-resident customers to the bank. Furthermore, Clifford Chance considers certain statements during October 2018 and February 2019 concerning money laundering, was inaccurate or presented without sufficient context.