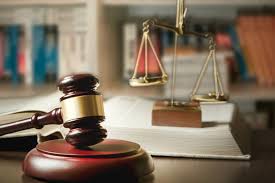 Prof. Omar Munyaneza, the Chairperson of the Parliamentary Standing Committee on National Budget and Patrimony has announced the approval of higher penalties for money-laundering and terrorism financing acts. The approval by the parliament on Monday, December 30, 2019 was made due to reasons that the gravity of the crime outweighs the punishment. The new law has therefore, increased the jail terms for financing terrorism crime from 7 and 10 years to 20 to 25 years. Besides this, there is also an increase of fines to three to five times of the amount involved in the financing.

The new law also has provision of 15 to 20 years jail terms for anyone supporting the supply of weapons of mass destruction, along with a fine of 5 to 10 times the amount involved. Munyaneza has reiterated that Rwanda adheres strictly to international standards against the crimes; however, the law caters to circumstances that can influence the punishment indicated in the law but does not specify the range to which it can be reduced.