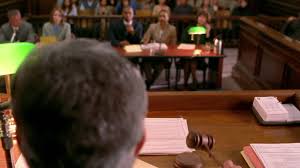 Maria Cameno, also known as the ‘queen of coca’ is set to face a new trial this month as the Drug Enforcement Prosecutor requests for a 24 years jail term on allegations that she was involved in the sales of over 100 kilos of cocaine for almost 15 million euros in 2014. The Public Ministry has accused Cameno and her partner, Jose Ramon Mora Parra, who may likely face 21 years in prison, of crimes relating to money-laundering, public health, possession of weapons. The trial which begins on January 15 also involves 11 alleged members of her organization and each may likely face 13 years in prison for crimes against public health and money laundering.

The Prosecutor had said that Cameno and Mora Parra were known to live a very comfortable in 2012, and have acquired a lot of property even without a traceable source of income. It was discovered in 2013 that Cameno and Mora were involved in the sales and distribution of a large quantity of cocaine. During the investigation, about 49 packages containing cocaine worth 5.8 million euros, with guns and 28 mobile phones, and a hydraulic press were recovered at Cameno’s residence.