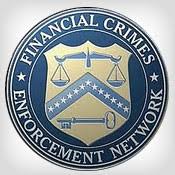 The Financial Crimes Enforcement Network (FinCEN) has announced the recipients of the 2020 FinCEN Director’s Law Enforcement Awards.  The awards program felicitates law enforcement agencies that employed the Bank Secrecy Act (BSA) reporting to investigate financial crimes successfully. Director Blanco will present the awards on October 29, 2020 in Washington, DC. Here are the investigations that led to the investigating agencies winning these awards.

The Federal Bureau of Investigation (FBI) investigated fraud perpetrated by a law firm where lawyers were allegedly falsely assuring loan modification and legal representation to homeowners in distress. Information of a BSA filing regarding fraudulent activity by one of the suspects guided the rest of the investigation.

Similarly, FBI officials investigated a Hong Kong-based shell company being used by a North Korean bank.  The bank was a proliferator of weapons of mass destruction trying to transfer money through the US financial system. Investigators analyzed BSA data to identify many previously unknown transactions.

In another case, Immigration and Customs Enforcement (ICE) officials used the information from BSA filings to identify the cash couriers repatriating US currency from Mexico after a change in Mexican banking laws in 2010. Similarly, various authorities, including ICE, successfully investigated a case of drug sales over the dark web by analyzing BSA data.

In a regional case, New York State Police investigated a case involving counterfeit checks worth $100,000.  Investigators analyzed BSA data to discover a relationship between the co-conspirators of this and numerous other fraud schemes.

The investigations recognized by this program exemplify the importance of BSA reporting in safeguarding the financial system.