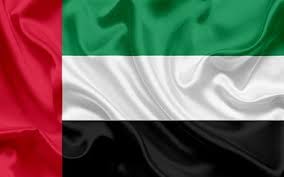 During a meeting with the Financial Action Task Force (FATF) with the purpose of reviewing the country’s commitment in line with the leads adopted by FATF and the Middle East and North Africa Financial Action Task Force (MENAFATF) towards meeting targets agreed internationally, UAE has revealed its plans to fight money laundering and terrorist financing. UAE has previously maintained a high standard in fighting money-laundering after it presented its unrelenting effort to develop a legal framework to combat money laundering to the State Council.

The eight-session of the Conference of the States Parties to the United Nations Convention against Corruption organized in December saw the presentation of UAE’s progress in building an effective legal standard against terrorist financing, assess risks, and money laundering, and redeeming the country status as an international domain of business and commercial services. The anti-money laundering law of the country features standards for monitoring credit standing, disclosure, and compliance in the activities of the Central Bank of the UAE, to facilitate trust in the economy of the country. The Central Bank denied the approval of any private cryptocurrency scheme, as mentioned in an article published in December 2019.