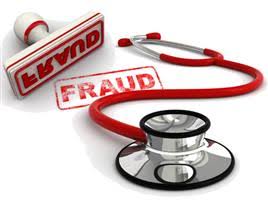 The four-week trial of a health care fraud was concluded and four Detroit-area physicians have been found guilty for their roles in a scheme to administer unnecessary back injections to patients in exchange for prescriptions of over 6.6 million doses of medically unnecessary opioids. Spilios Pappas, 62, of Ohio, and the Michigan trio of Joseph Betro,59, Tariq Omar, 62 and Mohammed Zahoor, 53 were each found guilty and have been scheduled for sentencing on July 16, 17, 30 and 24 respectively before Chief US District Judge Denise Page Hood of the Eastern District of Michigan. Assistant Attorney General Brian A. Benczkowski of the Justice Department’s Criminal Division said the judgement is a reflection of the commitment of the Department to root out physicians who placed money above their duties. The Special Agent in Charge Steven M. D’Antuono of the FBI’s Detroit Field Office expressed his feelings that the judgement will serve as deterrent to every other physician that attempts to break the profession’s oath or violates the public trust in pursuit of his or her financial gains as the Office of Inspector General Chicago Region frowns at such attitude. Evidence revealed that while the four guilty persons were working with numerous medical clinics operated under the name of the Tri-County Group, they engaged in a scheme to defraud Medicare of over $150 million. The evidence further revealed that the physicians provided prescriptions for narcotics including opioids and benzodiazepines as an incentive to patients who received the injections. However, the evidence established that the dosage of opioids being provided to patients was only suitable for terminally ill cancer patients. The Fraud Section leads the Medicare Fraud Strike Force and the MFSF since it’s inception in March 2017 has been maintaining 15 strike forces operating in 24 districts and has charged over 4,200 defendants who have collectively billed the Medicare program for nearly $19 billion.