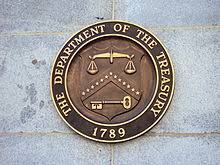 The US Department of the Treasury’s Office of Foreign Assets Control (OFAC) is facilitating two settlements of $583,100 with Deutsche Bank Trust Company Americas (DBTCA).  The settlements have arisen from OFAC’s investigations into violations of the Ukraine-Related Sanctions Regulations.

DBTCA was involved in the purchase of fuel oil through the US. The purchases also involved a property interest of a designated Cyprus-based oil company. The company also did not carry out sufficient due diligence.

DBTCA’s sanctions screening tool did not include the designated bank’s Society for Worldwide Interbank Financial Telecommunication (SWIFT) Business Identifier Code. This led to DBTCA’s failure in stopping as many as 61 payments. DBTCA will be paying $157,500 for large payment processing and $425,600 for processing fund transfers to accounts at other designated banks.

UK-based law firm to pay around USD 25,000 in penalties for AML violations

Herbalife Nutrition Ltd. to pay more than $122 million in penalties for fraud and bribery

Government of Malaysia to receive $2.5 billion from Goldman Sachs to resolve criminal and regulatory proceedings