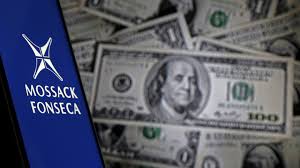 Denmark has become the first country in the world to apparently buy data from the Panama Papers leak, and now plans to investigate whether 500-600 Danes who feature in the offshore archive may have evaded tax.

Denmark’s tax minister, Karsten Lauritzen, said he will pay up to DKK9m (£1m) for the information, which comes from the Panamanian law firm Mossack Fonseca. He said an anonymous source approached the Danish government over the summer.