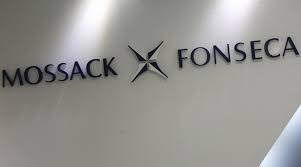 The law firm at the centre of the “Panama Papers” scandal said on Thursday it expected the prosecution of a worker from its Geneva office detained on suspicion of stealing company documents.

Mossack Fonseca said in a statement from its Panama headquarters that it had lodged complaints in several jurisdictions against people believed to be “involved in the theft of information that occurred in our company”.

That referred to the leak last year of a massive number of documents covering nearly four decades of business by the law firm, which specializes in setting up and managing offshore companies.

Reports based on the purloined documents resulted in the “Panama Papers”: revelations of how many leaders, politicians, celebrities and a few criminals around the world used entities started by Mossack Fonseca to stash assets.

Though offshore companies are not in themselves illegal, they can be used to engage in illegal activities such as tax evasion or money laundering.